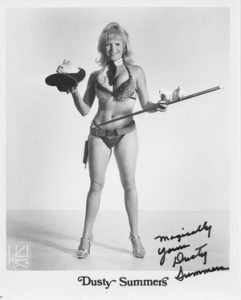 An active dancer, magician and emcee, Dusty Summers (“Las Vegas’ Only Nude Magician”) has appeared all over the United States and Canada throughout her over twenty-four years as an entertainer. An Arizona native, she has worked with such legendary booking agents as Jess Mack, Roland Muse, Sol Goodman and Wayne Keller as well as owned, operated and performed in her own clubs in San Angelo and Arlington, Texas.

A Las Vegas resident, she recently retired from her job as a pit boss at Circus Circus Hotel & Casino in Las Vegas, and is the author of three books: The Lady is a Stripper, How to be a Professional Stripper and The Golden G-String and previously wrote a column called “The Magical World of Burlesque” for the Vegas Visitor magazine. 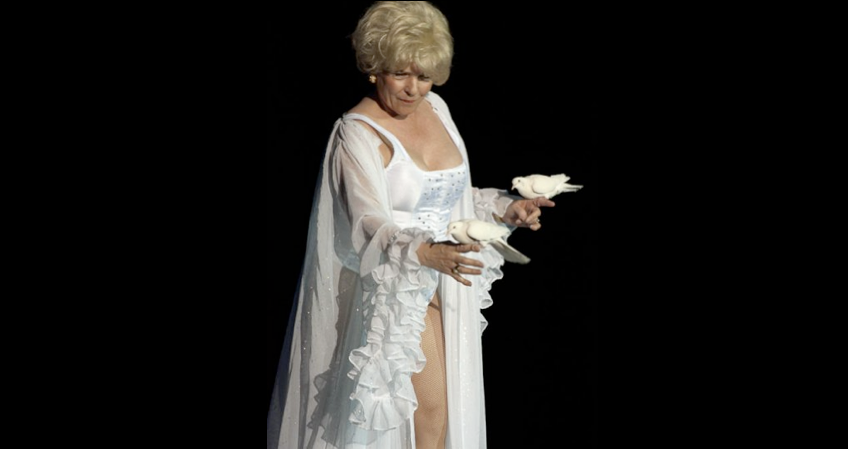 arizona, author, Dusty Summers, entrepreneur, How to be a Professional Stripper, Jess Mack, magic, magician, Roland Muse, Sol Goodman, texas, The Golden G-String, The Lady is a Stripper, Wayne Keller, Who's Who in Burly-Q

Your ticket for the: Dusty Summers