Pearls of Wisdom from Burlesque Royalty…

For those of you who did not attend and have not had a chance to enjoy the edited version in the BHoF ’11 programme, here are some words of advice and best wishes for BHoF competitors and would-be queens and kings from some of the previous title holders… 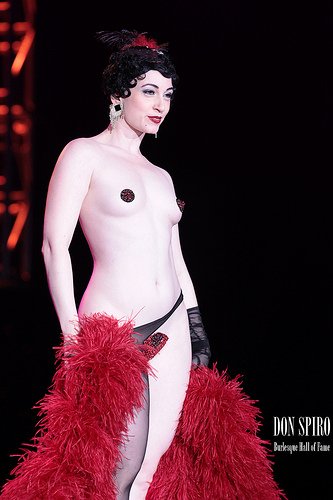 “If the Burlesque Hall of Fame crowns you as a Queen or King, you are now an official ambassador for burlesque and the museum. Show the world what it’s all about! Spread the good news of burlesque! Amen!”

“For me, being Miss Exotic World two years in a row has meant lots of attention and a lot of requests for me to perform. I love the museum in Vegas and all the people involved with the show. I would tell the fabulous talented girls aspiring to become a burlesque queen to never worry about the competition. Just get on that stage and show ’em how it’s done! So many wonderful memories… The first time I met Jo Boobs, being an emcee with Kitten on the Keys, discovering the extremely funny Miss Astrid, and getting to catch up with women I worked with when I was a teenager! The BHoF has been a joy and a very important part of my life.”

“Winning BHOF meant that my work had the approval and blessing of the genuine burlesque legends from the fifties and sixties who I admired and respected so much, and who had shaped the genre in history. They inspired me to perform in the first place, so it was important to me to acknowledge that and celebrate them, and to give something back through my participation in and support of BHOF. I would say to future competitors: what touches an audience is a performer who delivers from the heart, both in ideas and energy. Set the stage on fire, work it, and own it – with grace, elegance and radiance.”

“To me, being a BHOF Queen of Burlesque means that after all the hard work, I get to be a little piece that makes the whole. My advice for future competitors is that it is vital to learn your craft before coming in with fancy costumes and props. Relax and smile, it’s really all you need. My favourite memory of BHOF is frying to death in the noon sun in Helendale, wearing a black velvet costume. I miss that place…”

“Being the Boylesque Monkey King of 2010 has given me the opportunity to travel the world by swinging from golden vines, to eat perfectly aged organic free range bananas, and even to have handlers to throw poo for me. But the greatest part of being Monkey King is knowing that there is a loyal following of men and women that want to see my naturally hairless butt!

To future winners I have this advice: exactly one shot of tequila before your performance always helps, and even though your reign only lasts a year, winning is only the beginning – so get out in the world and keep stripping!

Oh, so, many memories… Winning two major awards, years of escorting our personal burlesque legend, Wild Cherry; getting my ass kicked at poker by Satan’s Angel and Vic; all the dance parties; Miss Astrid always announcing our room number on stage; sharing two rooms with Dr. Lucky and Momo Taro so we can have one bathtub for chilling champagne and one for bathing… But the best part of BHOF isn’t really a memory at all, it’s a feeling. The feeling of actually being part of this amazing community. I love the whole weekend – being surrounded by beautiful artists, fans and lovers of burlesque.”

“Being crowned Miss Exotic World was a very sweet experience. I was the last to take the crown on the original Helendale stage which was something akin to a burlesque burning man experience. It was out in the blazing hot sun in the afternoon, and then when the sun went down you had to contend with the most intense desert winds. Even with all of that hardship, we came back every year because it was a reunion not a competition – a place to show the best in burlesque YOUR best. It was a place to perform for Dixie Evans and Liz Renay and Tempest Storm and Tura Satana and Dee Milo and Satans Angel and Ricci Cortez; not that they were watching all the time, but you felt special because they were there too, and when they started performing on the Legends of Burlesque night, the power of possibility overwhelmed us. They gave us the best example of aging with grace and power and at the same time grabbed it themselves. 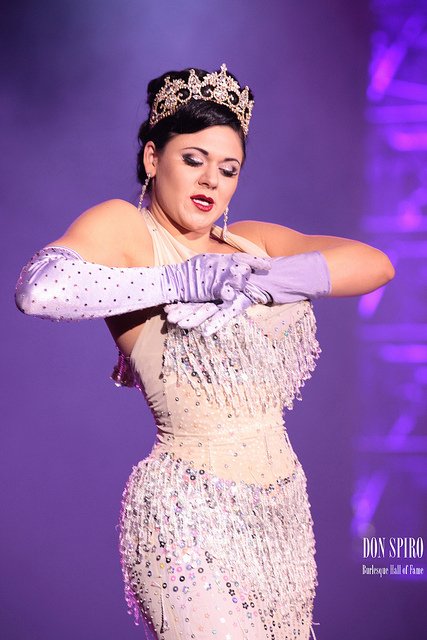 So, my best advice for those coming to Exotic World is: bring your best in love, dancing and fun. It’s not really a competition when it comes down to the nitty gritty, except that you are competing against yourself to better your art every year and bring something new and wonderful to the world of burlesque…”

“I remember the night I was crowned: I said, ‘It’s not Miss Protestant World it’s Miss Exotic World!’ And I know all the Miss Exotic Worlds live up to our shared responsibility: to make the world a wilder, more fun lovin’ and sexy place! In terms of the pageant: if you are a very competitive person and can get paralyzed with pressure, don’t think of it as a contest and don’t worry about being judged. Instead, think of it as a game. Here are the rules: show the audience how much you love them, radiate evident love and hot sexy feelings for the audience, for your colleagues and for yourself, and have the look of love in your eyes and in your heart. I swear it works.”

“Backstage etiquette is so important during the night of the pageant. Creating a positive, happy vibe backstage will go further than being sour and stressed out. Remember, you’re about to perform for a crowd of people who love you, and love burlesque. Have fun out there and try not to be too competitive to the point where it takes over. If you’re having fun with friends then it’s a piece of cake. All you have to do is take off your clothes. BHOF really is the heart of it all. It’s an amazing place where you can learn about the history right from the source, direct from the legends who lived it. It’s incredible.”

“Wishing continued success to the Burlesque Hall of Fame, and to all of the participants in this year’s pageant the best of luck!” 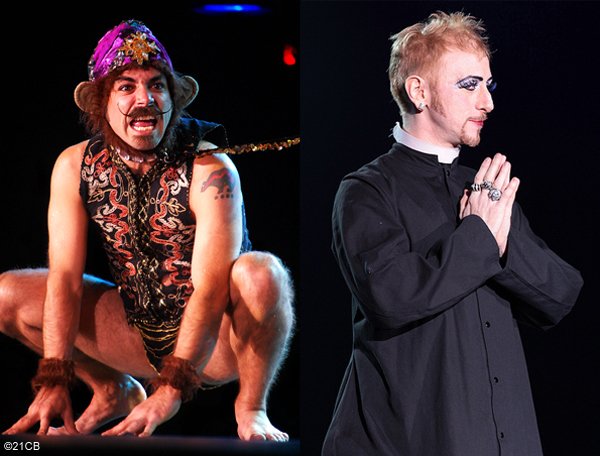 “It meant so much to be acknowledged by my own community, especially as a man in a woman’s world the first year they allowed men to compete. It meant that much more after seeing that amazing Legends Night and then having the honour of performing for those legends. It felt as if they had said, ‘yes, we recognize you. You are one of us, part of the continuum, and we’re proud to have you help to carry the torch’. Competitors often ask for advice. I always say that it’s more important to me that they show us who they really are – the unique individual with unique talents. This is a rare opportunity to show an exceptional audience who you are and what you can do. I am not interested in seeing them do an imitation of what they think an award-winning act should look like. Don’t second-guess the judges. They should perform an act that they adore, that makes them feel alive/powerful/sexy/hilarious/whatever. But they had better OWN every second of that act. And be prepared for the possibility that it will become their signature act, so it should be something they would be happy to perform again and again.

For future title-holders, I think the most important thing is to accept some responsibility along with the honour. Think about how you can give back: to burlesque or boylesque in general, to the Burlesque Hall of Fame and Museum, to the legends and forebears who paved the way for you. I still feel a debt to all the above.

The Burlesque Hall of Fame is THE Burlesque Pilgrimage. Period.”

Your ticket for: Pearls of Wisdom from Burlesque Royalty…

Pearls of Wisdom from Burlesque Royalty…