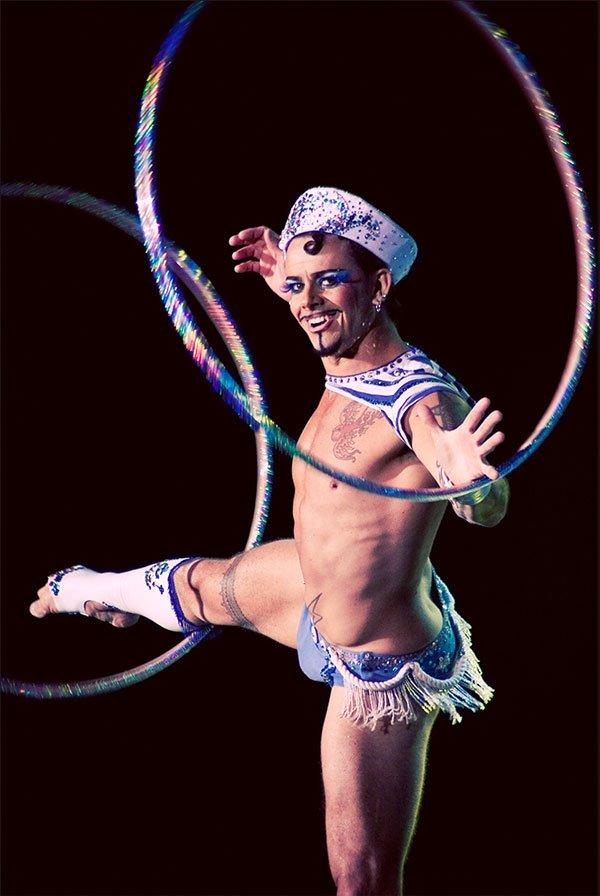 Well, congratulations Captain! Did you see that one coming?!

I didn’t really see me walking away from BHOF with two, let alone one title/trophies!

When did you first hear about BHoF, and what made you decide to apply this year? Did you enjoy the overall experience – was it as you expected?

I first heard about BHOF about five years ago; I have been meaning to apply for the past three but never got my sh*t together. Fellow performer friends also made it happen by a bit of a sponsorship for my trip. I really had a ball! Such a great weekend of people, performance and partying. One of my highlights was the Legends Night! The production side of things was so professional and the staff were really friendly.

Were you familiar with the work of the other male competitors beforehand; were you impressed with what you saw?

I was blown away by the other boylesque performers, I was a bit familiar with their acts via youtube footage!

Did you decide to go for a tried and tested routine, or did you toy with doing something new or different for the pageant?

I performed one of my older acts, which I reshaped and refined.

Do you intend to utilise your title and try to be an ambassador for male performers, or perhaps the Australian burlesque community? Do you hope it will have a positive lasting impact on your work and career, or was it just a fun experience and nice to be recognised? 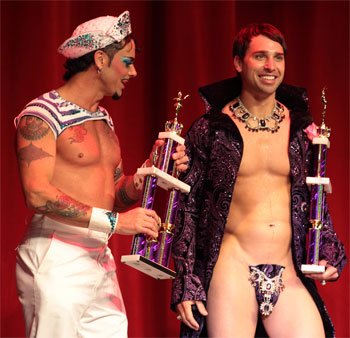 I feel like I am utilising my title/s through my regular performances. I have had an overwhelming response from fellow artists and the Australian media. It definitely feels like it will have a lasting impact on my career and my solo persona, especially being the first Aussie to win and represent! Apparently on Twitter last night, Dita told the world she is obsessed with my act which was awesome! I would love to do more work in the USA – fingers crossed.

Would you like to see more male performers coming forward to perform, compete and work together?

I would love to see more boys on the scene. Slowly but surely boys are steppin’ up, especially in Oz! Next year more Aussie boys will represent!

Where can people find out more about you and see you performing in the coming months?

I am involved with a theatre/circus/dance company called POLYTOXIC; we will be mounted in theatre work next year. My current project is BRIEFS – All Male Boylesque/Circus Cabaret. We are about to infiltrate the UK and a whole month of shows at the Edinburgh Fringe Festival.

Your ticket for the: Winners Interviews: Captain Kidd, Best Boylesque 2011